A recent 2020 decision of the British Columbia Supreme Court, Virk v. Satnam Education Society of B.C., was a reminder that in wrongful dismissal litigation, the employer has the burden to prove an employee’s failure to mitigate. When an employee has been wrongfully dismissed, they are obligated to act reasonably by taking steps to replace their income by applying for alternative positions. This involves applying for new jobs on a  “constant and assiduous” basis.  However, it is ultimately the employer’s responsibility to prove that the employee failed to take adequate steps to mitigate their losses, and had the employee made adequate mitigation efforts, they would likely have found a new job.  If the employer is successful in proving that the employee has failed to mitigate, the employee would be entitled to a reduced notice period at common law.

In this case, Mr. Virk was a vice-principal of a Sikh private school. He was terminated in June, 2010. Afterwards, he applied to teaching positions at four schools, tutorial academies and to a learning disabilities society.  Mr. Virk then applied to freelance journalist positions at newspapers and radio stations.  Since Mr. Virk had a class 1 driver’s license, he then applied to jobs in the trucking industry.  He eventually obtained a position at BC Transit approximately one year after his termination.

The court found Mr. Virk’s efforts to mitigate his losses were inadequate since he had only applied for a few positions and there was no evidence that he had applied for any positions after October 2010.

However, the court pointed out the following inadequacies of the employer’s evidence, in particular:

In the absence of such evidence, the employer failed to establish that Mr. Virk did not take adequate steps to mitigate and had he done so he would have found employment (para 109).

Key Takeaway for Employers: Keep abreast of the labour market trends for your industry but also what other industries the former employee is applying to. Provide job postings, reports, articles or other data to demonstrate how easy or difficult it is to obtain work in a particular field. By taking these steps, employers can increase their likelihood that an adjudicator will find their duty to prove an employee’s failure to adequately mitigate was discharged.

However, keep in mind that due to COVID-19, market trends have been severely impacted. As a result, it will likely be more difficult for employers to prove that employees would have found work if they took adequate mitigation steps since the pandemic has significantly affected employment opportunities in numerous industries.

If you have more questions about an employer’s obligations after a dismissal contact employment lawyer Marty Rabinovitch at 416-446-5826 or at marty.rabinovitch@devrylaw.ca.

“This article is intended to inform. Its content does not constitute legal advice and should not be relied upon by readers as such. If you require legal assistance, please see a lawyer. Each case is unique and a lawyer with good training and sound judgment can provide you with advice tailored to your specific situation and needs.”

Sharing The Holidays After Separation

Estate Freeze – What it is and what it does?

Four things you need to know about “Time shall be of the essence” in real estate transactions (especially in a pandemic!) 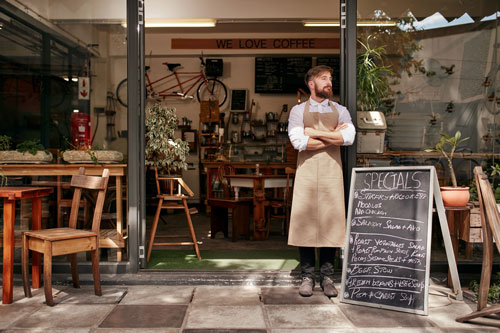